ThoroughTec Simulation is ready to show off their next generation of Driver and Tactical Crew Training Simulators for Infantry Combat Vehicles. The company will be demonstrating these systems at Land Forces 2016 in Adelaide, Australia from 6-8 September.

“We’re serious about providing our customers with the latest in advanced simulation technology for armoured fighting vehicle crews and Land Forces is the perfect platform to demonstrate our capabilities,” says David Cooke, Regional Vice President for Military at ThoroughTec. The company has extensive experience in this niche market and even played a role in developing the current Crew Procedural Trainers for Australia’s ASLAV vehicles. Elsewhere in the region, they are currently developing a Tactical Crew Training Simulator for a Southeast Asian country’s new Infantry Combat Vehicle (ICV).

“It is now widely accepted that simulation offers an ideally cost effective and highly efficient means of keeping armoured formations honed in the complex and costly art of high-mobility, mechanised operations”

In addition to their, highly customisable Tactical Crew Training Simulators, ThoroughTec will also be demonstrating one of their latest, modular Driver Training Simulators for large trucks, this one deployed in an easily transportable containerised system. “CYBERWAR caters for a wide range of military equipment, not just combat vehicles,” says Cooke.

“Trainees will enter a ‘world’ where they will need to apply all of their procedural and tactical knowledge in order to ‘survive’, let alone ‘win’. The AI-Enemy is pretty unforgiving, so the crew really need to know their business and function as a cohesive team to have any hope of getting through the exercises.” says Richard Bellengere, head of operations at ThoroughTec. He goes on to add, “Considering the cost, risk and therefore limitations of traditional, live-fire training, our simulators promise to enhance both the efficiency and effectiveness of operator training programmes, delivering highly proficient operators at a fraction of the cost of traditional training methods.”

With over 25 years’ experience developing advanced operator training simulators for the global military and mining sectors, ThoroughTec has become a world leader in virtual, interactive simulation for vehicle crew training. The CYBERWAR range of simulators is built to the highest standards of military system engineering at ThoroughTec’s state-of-the-art, ISO9001 facility. 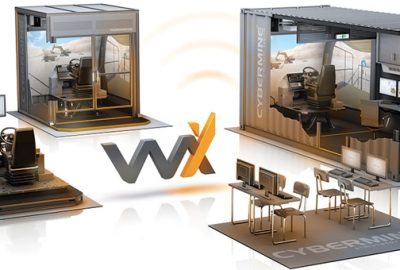 DECEMBER 2016 ThoroughTec Simulation, the world’s leading supplier of advanced, heavy equipment operator training technologies, is on a drive to show the mining world that it’s not just about high-fidelity simulators. The company is emphasising its commitment to providing mines with a true, workforce performance management and optimisation solution. 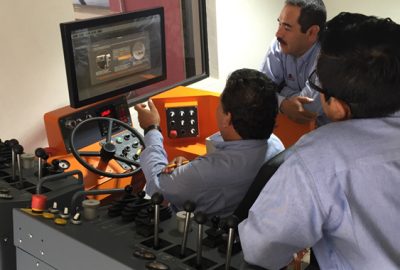 OCTOBER 2016 Velardeña mine in México’s Durango State, part of Industrias Peñoles, the world’s largest producer of silver, has expanded its heavy equipment operator training programme with the inclusion of ThoroughTec Simulation’s CYBERMINE E-learning system and Operator Familiarisation Trainer (OFT) for their drill rig and LHD operators. The mine has been… 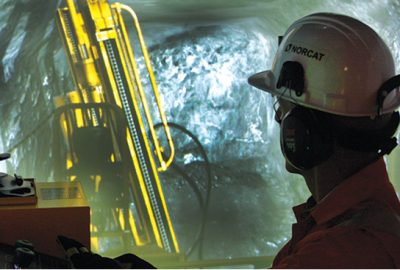 OCTOBER 2016 ThoroughTec Simulation, the world’s largest global supplier of surface and underground mining equipment simulators, and NORCAT have announced a formal partnership, working together to deliver world-class training programs designed to ensure workers in the global mining industry are both productive and safe in the workplace.

SEPTEMBER 2016 United Tractors (UT), Indonesia’s largest heavy equipment distributor of renowned brands such as Komatsu, Scania and UD Trucks, is investing in workforce training and optimisation. The company will soon be receiving a high-fidelity CYBERMINE Full Mission Simulator from ThoroughTec Simulation for the training of Komatsu PC3000 shovel operators,… 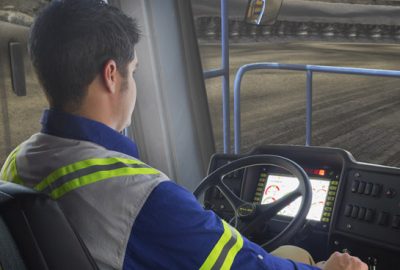 AUGUST 2016 ThoroughTec Simulation, the world’s leading supplier of advanced, mine workforce training technologies, will be ‘breaking new ground’ at MINExpo in Las Vegas, this September. The company plans to reveal a number of exciting new products that emphasise its commitment to providing mines with the most powerful workforce performance…