ThoroughTec Simulation is demonstrating how its CYBERMINE high-fidelity simulators are helping mines improve the efficiency and safety of their underground bolter operators.

The company’s CYBERMINE range of products is well established as the undisputed market leader in the complex and demanding field of underground mining equipment simulation and includes an unmatched range of bolters from all the major international underground OEMs.

Over the years, the company has worked with a diverse range of mining OEMs and clients from around the world and across the spectrum of operational techniques, to deliver the most comprehensive and effective bolter simulators available. These high-fidelity simulators are designed to operate like the real vehicle, but at a fraction of the cost and without any of the risk associated with traditional practical training methods. “As with all of our CYBERMINE products, the goal is to develop an inherently safe, high-functioning and productive workforce, thereby optimising the mine’s sustainability and profitability,” says CEO, Justin Collins.

Operators are immersed in an ultra-realistic, 3D virtual mine world and operate the simulators from within a fully replicated control cabin built around actual OEM controls.

“We use advanced terrain and ore body modelling to complement the high-fidelity simulated equipment and create an environment in which operators are trained and then tested on how to respond to varying rock conditions and operating scenarios. At all times the emphasis is on making safe decisions and maximising productivity.”

According to ThoroughTec, a Zimbabwean mine reported a 41% improvement in the average time taken per bolt installed. The mine has four CYBERMINE simulators, with one of them dedicated to the training of Sandvik DS210L-V bolter operators. The site also noted marked improvements in the averages of position, pitch and yaw error.

“This same mine reported an average 147% improvement in number of bolts placed when comparing their first and last training session,” notes Bellengère. The average number of bolts per operator went up significantly. Unlike other production equipment, bolters are procedurally complex pieces of equipment that require operators to follow a lengthy sequence of events to ensure bolts and mesh (if applicable) are correctly placed and inserted, without damaging the equipment. Taking shortcuts or failing to follow the right sequence can result in several failures such as the resin not setting and bolts dislodging or breaking, which in turn threatens the safety of all operators underground.

A long-time user of CYBERMINE simulators is Assmang’s Black Rock operation in the Northern Cape, South Africa. Their newest simulator caters for the training of Atlas Copco 235 bolter operators. Black Rock boasts five CYBERMINE simulators across a range of underground equipment, including complex drill rigs, scalers, ADTs and LHDs. The 235 bolter simulator monitors functions include colliding the boom with the face, drilling without flushing and inserting the incorrect amount of resin, to name a few, and all of which will score the operators on their performance.

Another South African operator of CYBERMINE bolter simulators is South32’s Khutala operation in Mpumalanga. They have two simulators for the training of Fletcher HDDR roof bolter operators, which is proving to be a vital cog in the mine’s operator training programme. According to the mine, simulation is fundamental in helping their Fletcher bolter operators to deal with unsafe roof conditions and apply the correct bolting patterns when actually on the job. “The operator will learn and become comfortable with how the machine’s controls work long before they ever using the real thing and as a result, they can confidently concentrate on safety and operating technique when confronted with the actual machine underground.” noted Bellengère.

Before Khutala introduced simulators into their training programme, they were finding that some of their bolter operators were bolting without deploying the jacks. “This puts a lot of strain on the tyres, and consequently decreases their operational life,” says Bellengère. The simulators picked this issue up immediately and quickly corrected a simple yet costly behavioural issue.

Bolting in the East
Moving farther afield CYBERMINE bolter simulators are finding favour in China as well. JCHX Mine Management, one of China’s leading underground contract miners, has invested in five CYBERMINE training simulators, all stationed at their advanced new training centre in Miyun County, just outside Beijing. Two of these latest-gen simulators are for bolter training, specifically for Sandvik DS411 and Atlas Copco Cabletec LC operators.

“JCHX strives to maintain an efficient and safe workforce,” says Mr Wang Xian Cheng, Chairman and founder of JCHX. “We are committed to achieving these high standards with well-trained, professional personnel. These highly-realistic training simulators and the training centre as a whole will help us achieve this.”

Bellengère noted that, “as far as we know the Cable Reel Bolter simulator we have delivered to JCHX for their training of Atlas Copco Cabletec operators, is a world first. The Cabletec is a complex machine and our team put in a huge effort to make sure that we developed a suitably accurate and detailed simulator for it. There is simply no margin for error when it comes to rock support and consequently the sims have to be perfect!”

Heading north another operation is seeing the benefits of putting their bolter operators through simulator training. The Oyu Tolgoi mine in Mongolia has four CYBERMINE simulators, with one of them assigned to the training of Atlas Copco Boltec MC operators. Over a range of training sessions the mine witnessed a notable reduction in the number of errors being committed. There was a 66% improvement in number of errors per hole as well as a 30% reduction in the time spent per hole. “These improvements result in the mine reaping the benefits of a more efficient and safer operator, which is paramount when working underground and lives depend on the quality of your work,” said Bellèngere.

Realism is Key
The detail and realism of the 3D virtual mine world in which the operator will train, is also extremely important: the more accurate the virtual world, the greater the training value to be gained from every exercise. “We have done a lot of work to perfect our simulation of the virtual underground drilling and rock support environment” said Malcolm Bennett, Manager of ThoroughTec’s 3D Art Department. “Besides a standard face where operators can test their distancing from the wall and between each bolt, we have simulated more complex brow, slip and undercut bolting scenarios.” The bolter operators need to know how to tackle each type of face they encounter in a safe and productive manner. “The slip bolting scenario is particularly tricky,” says Bennett. “The operator has to bolt along what can sometimes be quite a jagged crack in the roof in order to make it safe for the following miners. Likewise, when it comes to a bolter such as the Fletcher, we have brow and undercut bolting scenarios that help teach the operators to bolt and make areas safe where the continuous miners have not cut cleanly along the roof and side walls.”

Optimising the Workforce
Labour and skills development are not just important issues in emerging markets but throughout the mining world, and ThoroughTec is on a mission to communicate its belief that workforce performance improvement is about more than just training; it’s about how people do their jobs every day, how they identify and learn from their mistakes and then do better tomorrow.

“Our brand new CYBERMINE Workforce Excellence platform approaches this challenge from a uniquely human perspective: continuously measuring and then analysing the lowest level, operator behaviours that ultimately contribute to mine performance and then closing the loop between that performance in the pit and the tailored training interventions that may be required to continuously drive that performance upwards,” concluded Collins. “This will revolutionise the way mines approach workforce performance management, finally providing decision makers and operational managers with an end-to-end tool for the continuous, scientific measurement and improvement of heavy equipment operator performance.” 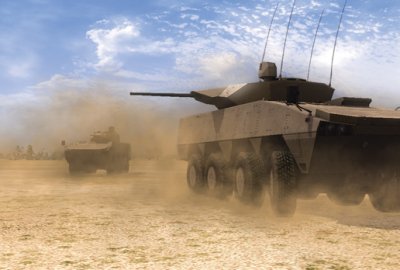 DEFENCE WEB – AUGUST 2017 Denel Land Systems has begun receiving high-fidelity training simulators for the South African Army’s new Badger Infantry Combat Vehicle (ICV). The SA Army is set to receive 244 Badgers in different variants over the next few years and from the outset, simulator based training has… 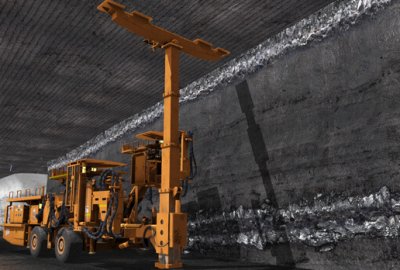 WORLD COAL – APRIL 2017 ThoroughTec Simulation continues to help coal mines improve their safety and efficiency levels with new technologies. On top of their advanced range of CYBERMINE soft rock mining simulators, the company is emphasising its commitment to providing mines with a true, workforce performance management and optimisation… 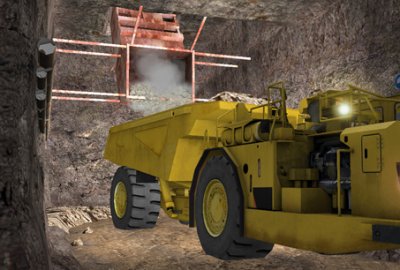 MAY 2017 Following a competitive tender process, the Canadian Collège Communautaire du Nouveau-Brunswick (CCNB) has selected ThoroughTec Simulation, the world’s leading supplier of advanced, mine workforce training technologies, to equip its new Mine Training Centre with the latest high-fidelity operator training simulators. The college will be receiving six CYBERMINE simulators to… 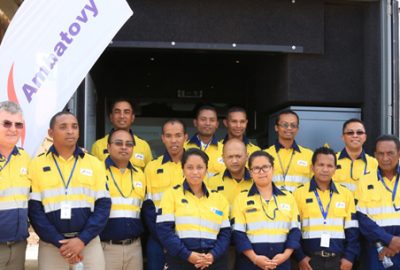 Malagasy First as CYBERMINE Training Simulators are Commissioned at Ambatovy

APRIL 2017 In a first for Madagascar, Sherritt International’s Ambatovy operation has commissioned their CYBERMINE heavy-equipment, operator training simulators. Ambatovy is a world-class nickel and cobalt mine situated 80km from the country’s capital, Antananarivo. The surface operation represents the biggest-ever foreign investment in Madagascar and ranks as one of the largest… 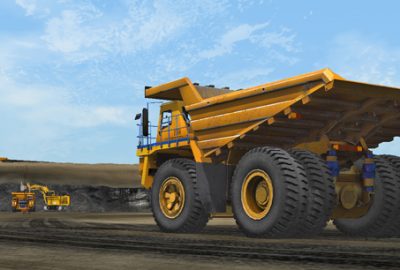